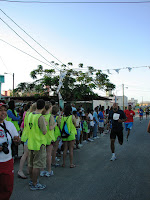 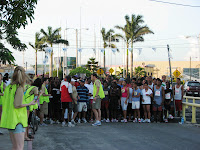 Roughly 2,000 shoes were sent to Belize so far this year, including a large number distributed by wonderful Ohio State students on their Alternative Spring Break. The week was highlighted by the annual OWR Special Olympic Belize 5K and 3K, with great support from officials in Belize City. The group also went to Corozul and Orange Walk in the northern part of the country, to distribute shoes for smaller races. Thanks to Newton, Pearl Izumi, and everyone else contributing shoes for these races, and to the volunteers for taking the time to show that we are “One World.” And good luck to the young runners who are developing in Belize; watch for them in the future.

View all posts by Sandrock

From collection and storage, to washing, then shipping and distribution through races and events from Africa to Central and South America your donation goes a long way.